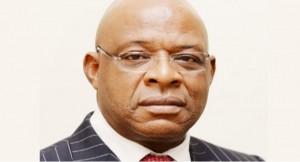 A Federal High Court in Lagos on Monday, further reserved May 20 for judgment in a case against Raymond Omatseye.

Omatseye is a former Director-General of the Nigerian Maritime Administration and Safety Agency (NIMASA), who was charged with 1.5 billion Naira contract scam.

He was arraigned before the court by the Economic and Financial Crimes Commission (EFCC) on a 27-count charge bordering on bid rigging and contract splitting.

The suit, which was originally fixed for judgment on Monday, was adjourned at the instance of the court to May 20.

The trial judge, Justice Rita Ofili-Ajumogobia, who has been transferred from the Lagos division of the court, is expected to return and deliver the judgment on that date.

At the last adjourned date on March 14, counsels representing the prosecution and defence had both adopted their final written addresses in court.

Counsel to the accused, Mr Edoka Onyeke, in his address urged the court to discountenance the arguments of prosecution and dismiss the charge against his client.

He argued that the prosecution had not been able to proof its case beyond reasonable doubt.

Onyeke said that out of the 27-count charge preferred against the accused, 25 dealt strictly with the issue of approval of contract above the threshold while the remaining two were on bid rigging.

He maintained that the prosecution did not prove that exhibit PD 16, which it relied on in dealing with the issue of threshold, got to NIMASA at the time the contracts were awarded while he urged the court to discharge his client.

In his argument, the prosecutor, Mr Godwin Obla, urged the court to hold that the case of the prosecution was “as clear as daylight, and had also been proven beyond reasonable doubt”.

Obla said that count 25 of the charge, which dealt on threshold was straightforward while he added that sufficient evidence had been adduced to show that the accused awarded contracts above thresholds.

He had appealed to the court to so hold, and convict the accused accordingly.