World’s number two, Andy Murray, says he will seek medical guidance on the Zika virus before travelling for the Rio Olympic Games in Brazil.

According to Murray, his decision was as a result of recent alarms raised by prominent scientists that it was “unethical” for the summer Olympics and Paralympics to take place.

The 29-year-old British number one told BBC that he would speak to a couple of doctors about Zika and see what their advice would be.

“I plan on playing for sure but don’t know the exact situation there now.

“I need to get a little bit more information first before making a decision,” he said.

The International Olympic Committee has said it sees no reason to delay or move the Games because of the mosquito-borne virus, which is linked to serious birth defects. 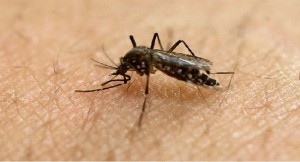 Zika virus disease is caused by a virus transmitted primarily by Aedes mosquitoes. People with Zika virus disease can have symptoms that can include mild fever, skin rash, conjunctivitis, muscle and joint pain, malaise or headache which normally last for 2-7 days.

There is no specific treatment or vaccine currently available. The best form of prevention, according to the World Health Organisation (WHO) is protection against mosquito bites.

The virus is known to circulate in Africa, the Americas, Asia and the Pacific.

‘Time Has Now Come To Move On:’ Willian Exits Chelsea

Winning Europa League Would Be My Proudest Moment In Life – Solskjaer