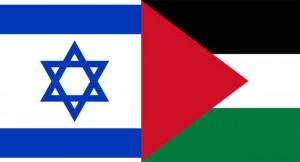 Despite the floods in Europe, a French-led conference aimed at reviving the Israeli-Palestinian peace process is to begin in Paris later.

It will bring together officials from the Middle East quartet, the UN, Arab League and other countries – but Israel and the Palestinians will not participate.

Israel has rejected the meeting and called for direct negotiations.

The last round of talks between Israel and the Palestinians came to an end amid acrimony in April 2014.

The Palestinians accused Israel of reneging on a deal to free prisoners, while Israel said it would not continue negotiations after the Palestinians decided to bring the Islamist Hamas movement into a unity government.

Meanwhile, meteorologists in France are predicting that France will experience its most severe floods in decade on Friday, with the River Seine due to reach 19 feet above its normal level.

Flooding across France and Germany has left at least 11 people dead and forced thousands from their homes.