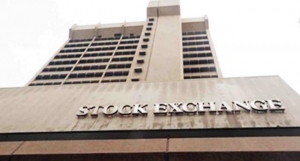 The Securities and Exchange Commission (SEC) has drawn up a 10-year master plan to scale up the percentage of retail investors in the Nigerian Capital Market from the current two per cent.

The plan is expected to also facilitate the clearing of the 80 billion Naira unclaimed dividends in the sector.

It was announced in Abuja on Friday at a meeting between the Director General of the Commission, Mounir Gwarzo and Nigeria’s Minister of Information, Mr Lai Mohammed.

Seeking the support of the Information Minister for public enlightenment, Mr Gwarzo said the master plan would deploy 101 initiatives.

One of the initiatives, according to him, is the electronic dividend currently in operation to help retail investors claim trapped dividends in the market.

He further stated that the plan would address the low involvement of retail investor in the capital market before 2025.

The Minister of Information blamed obsolete laws for the withdrawal of retail investors, whom he said were the key ingredients for the development and growth of the capital market.