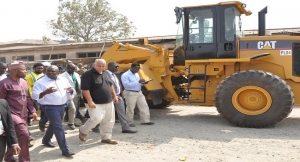 How We Recovered 720 Containers With Abandoned Transmission Equipment – Fashola

No Names Of Alleged Corrupt Contractors From Our Record, Fashola Tells SERAP