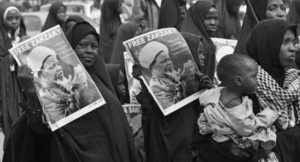 The Islamic Movement in Nigeria has faulted the call for its ban by the Supreme Council for Sharia in Nigeria (SCSN).

The spokesman for the Shiites, Mr Ibrahim Musa, made the observation on Monday during in telephone interview with Channels Television.

He claimed that the Sharia group had never respected the beliefs of the movement led by Sheikh Ibrahim El-Zakzaky, saying they are not surprised at such call.

“The group called Supreme Council for Sharia in Nigeria is a group of some people that are known for their hate campaigns against anybody who is not following their own religious belief, especially Christians and we who are followers of Shiite Islamic faith.

“Islamic Movement in Nigeria is just a collection of Muslims who believe that Muslims should be guided by Allah’s teaching and his prophet’s teachings.

“So how can you ban such group?” Musa questioned.

The Kaduna State chapter of the Sharia group had earlier called on the Federal Government to ban all activities of the Shiites and prosecute their leader, El-Zakzaky.

They noted that the acts of impunity exhibited by the Shiite group over the years in Zaria, Kaduna State and other states in Nigeria’s northern region, were against the teachings of Islam and the Nigerian Constitution.

The Islamic group re-emphasised the urgent need to proscribe the Shiites for the interest of peace and security of Nigeria.