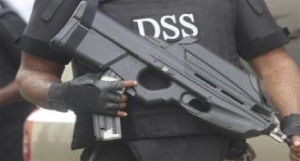 The spiritual leader of the Boko Haram terrorist group, some other members and other criminals have been arrested by the Department of State Services (DSS) in Nigeria.

The arrests were part of successes recorded in the ongoing tactical and counter-terrorism operations to degrade the capabilities of criminal gangs and syndicates in their hideouts across the Nigeria.

The DSS said Jibrin was the spiritual leader to a newly uncovered Boko Haram cell in Kano.

“Preliminary investigation so far conducted revealed that he was also the mastermind of the shooting of some students at Government Secondary School (GSS), Mamudo village near Potiskum, Yobe State, in 2013,” the service stated.

It also arrested one Aikhoje MOSES, alleged to have sent threat messages to some members of the Diplomatic Corps in Abuja and Lagos.

He was arrested on August 19 at Azagha by-pass off the Benin–Asaba Expressway in Edo State.

Before his arrest, Moses had threatened the diplomatic community in Nigeria, particularly the Consular-Generals of Switzerland and Denmark and their Embassies in Nigeria, warning them to leave the Country.

At Kinkinau area in Unguwar Mu’azu of Kaduna metropolis, the Service arrested one Mukhtar Tijani, who it said was a notorious Boko Haram fighter. He was arrested along with three of his accomplices – Isiaku Salihu, Abdullahi Isah and Hindu Isah.

According to the DSS, the four suspects were apprehended on July 8 while perfecting arrangements for major coordinated attacks on selected targets and locations in Kaduna State.

“In a related development, on August 12, at Auchi in Edo State, three members of the ANSARU terrorist group hibernating in Kogi State were apprehended by the Service.

“Usman Abdullahi, Abdulmumuni Sadio and Ahmad Salahu were arrested while making arrangements to launch attacks on some selected targets in Edo and Kogi States, before escaping to join ISIS in Libya.

“Following recurring attacks by cattle rustlers in Zamfara State, this Service conducted series of operations in collaboration with the military to degrade the criminal network of one “Buhari General” in the State.

“Sequel to these operations, this Service arrested one Abdullahi Haruna also referred to as Douglas, a bread seller on August 13, at Hayin Buba area in Gusau LGA of Zamfara State,” the statement read.

According to the DSS, Haruna was intercepted while using the cover of his petty business to monitor security bases and movement of security agents in the State, in a bid to facilitate counter-attacks against security personnel deployed to the State.

Also on August 12, at Aliero town in Aliero Local Government Area of Kebbi State, one Hussaini Sule also referred to as Yellow, was apprehended by the Service.

His arrest was facilitated by an earlier operation of July 29, when one Hafizu Sani, a spy and criminal associate of “Buhari General”, was apprehended by this Service.

The DSS said: “Prior to his arrest, Sani was also spying on the movements of security agents in Zamfara State. Sani in concert with other elements, have been terrorizing local communities in Kaduna, Katsina and Zamfara States respectively, engaging in cattle rustling and kidnap activities”.

The service also arrested some suspected kidnappers in other operations to check the gruesome killing and kidnap incidents in Benue State.

On August 8 the Service arrested one Terfa Jirgba and two of his accomplices – Terzungwe Kwaghaondo and Mathias Aende – at Badagry Street off Esther Aka road in Makurdi, Benue State.

Jirgba has been the attorney of Terwase Akwaza aka Ghana, a notorious kidnapper who runs a kidnapping and criminal network in Benue State.

In a follow-up operation,  the DSS also arrested one Terungwa Abur trailed to Port-Harcourt City in Rivers State.

He was eventually picked up on August 16.

Abur is the second in Command to Akwaza and a key member of the kidnapping gang of Ghana which operates from Benue State.

He acts as a courier for the underworld gang and was the negotiator of the Four Million Naira ransom paid to the gang for the release of two Indian nationals, staff of Dangote Cement Company, Yandev-Gboko, who were kidnapped on 29 July, in Markudi city.

He also participated in the killing of one Ortim in Gboko township on August 1.

Ghana had denied killing the person or involving in criminal activities.

To address the activities of various criminal groups terrorism communities across Nigeria, the service said the arrests of major criminal masterminds in Benue and other adjourning States would continue until the gangs were routed and made to face justice.

In the southern part of Nigeria, the DSS said that it had apprehended some persons in operations aimed at ending the activities of various criminal syndicates that have in recent months terrorised residents of Calabar and parts of Akwa Ibom State.

In a statement, the spokesman for the DSS, Tony Opuiyo, said that “On August 15, along Ukpong Street in Oron LGA, one Benjamin Emomotemi and his accomplices – Gabriel Ambrose, Godbless Taliboth Mattias, Blessing Sunday, Simeon Blessing Sunday, Edet Effiong Asanagasi and Rose Williams – were all apprehended by the Service tactical team”.

According to Tony, the the suspects were part of a kidnap ring which masterminded the abduction of one Mr Rufus on May 31 and Senator Patrick Ani on July 6, 2016 in Cross River State.

This service further urged Nigeria to remain vigilant and alert to developments in their environs and to support security and law enforcement agencies, with critical information on suspicious persons and groups, for the sustenance of relative peace across Nigeria.

Election: The Great People Of Edo State Have Spoken – Obaseki