Lungu To Be Sworn In As Opposition Misses Election Challenge Deadline 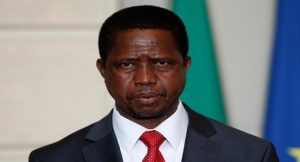