Recession: Reducing Interest Rates Would Do Nothing To The Economy – CBN 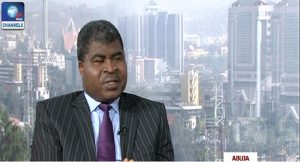 The Central Bank of Nigeria (CBN) on Wednesday said reducing interest rates “will do virtually nothing” in taking Nigeria’s economy out of a recession.

The apex bank also maintained that there is no quick fix out of the recession Nigeria is currently in.

“We would love to see the MPC reduce interest rates because we think in terms of business activity that would deliver greater results to Nigeria”, she told Channels Television in an exclusive interview.

However, speaking on Sunrise Daily, the Director, Monetary Policy Department of CBN, Mr Moses Tule said the MPC had to look at the fundamentals before taking the decision to maintain the rates at 14 per cent.

Mr Tule said a country like Japan has been in recession for more than ten years despite having an interest rate of less than 2 per cent, adding that the Bank of England has also reduced its interest rate from 0.5 per cent to 0.25 per cent and “still nothing is happening, so the solution does not lie in the reduction of interest rates”, he said.

He also noted that despite the interest rate reduction in the past, the CBN has not seen “that response, in terms of growth in credit”.

He further noted that “we are not just in recession but we are in a stagflation, where growth has reduced precipitously to the negative and you have prices rising, so it is insufficient for the Monetary Policy Committee to just meet and say we are reducing interest rates to address a complex economic situation like stagflation”.

“All the key policy parameters must be brought to the table to fashion out what the way forward is for the country”, he said, insisting that “you can’t clap with one hand”.

Mr Tule added that with the inflation rate at 18 per cent, a reduction in interest rate will lead to an increase in money supply which in turn means higher inflation, wondering “if the government has the resources to increase salaries when there is higher inflation.

“The current inflationary trend are not strictly monetary policy induced factors. Some are legacy factors that rose as a result of reforms, like in electricity tariff, petroleum pricing model and foreign exchange market”, he maintained.

Key Constraints To The Economy

Mr Tule, who maintained that the CBN is not averse to lower interest rates, however stressed the need for the government to correct the structural deficiencies inherent in Nigeria.

He added that an economy does not deliver low interest rates if it has key structural deficiencies like infrastructure, insisting that “these are key constraints to the economy.

“You cannot compare the infrastructural level to the structural deficiency in this economy with what you have in the UK, Japan or in the United States. If the UK went through a recession, which they are still going through and not completely out, Japan over the last ten years is being struggling with a recession, the European Union since 2007/2008 global financial crisis still going through a financial crisis and are not yet through despite putting all the policy arsenals, then for an economy like Nigeria, where there are key structural deficiencies, there is an urgent need to harmonize the policy reaction that would address this stagflation”, he maintained.

Mr Tule maintained that the issues are “deeper and comprehensive than the current solution kit that is on the table”, hinting that we are “misdiagnosing what the issues – stagnation or recession – are”.

The CBN had at the last MPC meeting in July raised the benchmark Monetary Policy Rate from 12 percent to 14 percent, while the Cash Reserve Ratio and Liquidity Ratio were both retained at 22.50 per cent and 30 per cent each.