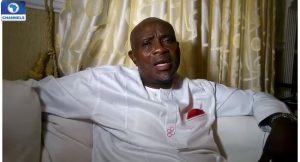 The candidate of the All Progressive Grand Alliance (APGA) in the governorship election held in Edo State has called for total cancellation of the poll.

Mr Osaro Onaiwu on Wednesday alleged that financial inducement and intimidation of party loyalists occurred during the poll.

Over 1.9 million people were registered to vote in the poll, which was supervised by over 18,511 officials of the Independent National Electoral Commission (INEC), with 19 candidates contesting for the position of governor.

After the compilation at that level, the results would be sent to the Headquarters of the electoral body in Benin City, the capital of the state, for collation and announcement of the winner.

The candidates of the Peoples Democratic Party  and that of the All Progressives Congress are top contenders in the election which will produce a successor for Governor Adams Oshiomhole, who was a former labour union leader.

There is heavy security presence at the headquarters the electoral body, where collation will take place.