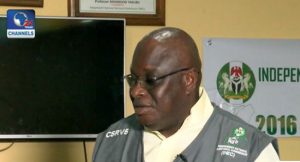 The PDP had alleged that the ruling All Progressives Congress (APC) and the INEC had planned to rig the September 28 election at the collation centre in Benin City.

But INEC said the election was conducted in accordance with the guidelines of the Electoral Act.

INEC’s National Commissioner in charge of Voter Education and Publicity, Solomon Soyebi, told Channels Television’s correspondent in Kaduna on Wednesday that the election was not fraught with irregularities, as being alleged by the PDP and its candidate, Pastor Osagie Ize-Iyamu.

He also debunked claims by the PDP that the commission deliberately delayed result of the election from the 18 Local Government Councils in Edo state in order to favour the ruling APC in the state.

“Checkmated Any Form Of Rigging”

He further explained that INEC deployed an electronic device during the election that tracked the collation of results from the polling units up to the last collation centre.

“These devices checkmated any form of rigging,” he stated.

Mr Soyebi further highlighted that with the peaceful conduct of the Edo election, the commission was determined to improve on the success during the November 26 governorship election in Ondo State.

INEC has come under criticism by some aggrieved persons since last week Thursday when it announced the results of the election that produced the APC candidate, Godwin Obaseki as governor-elect in Edo State.

Another opposition party in the election APGA had before the announcement of the result called for total cancellation of the election, citing irregularities. 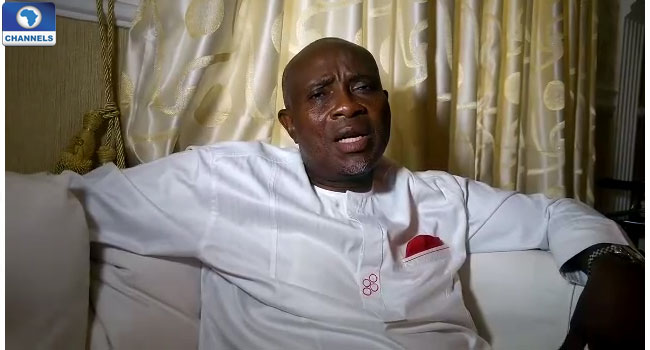 Mr Osaro Onaiwu alleged that financial inducement and intimidation of party loyalists occurred during the poll.