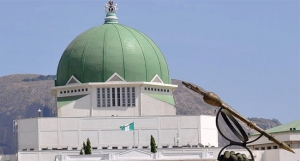 The Nigerian Senate has thrown out a bill which seeks the provision of special grants to Lagos state.

The sponsor of the bill, Senator Oluremi Tinubu, argued that although Lagos State generated much of Nigeria’s income outside the oil sector, the economic activities and huge population of the state places a huge strain on infrastructure and services in the state.

Lagos state is one of Nigeria’s richest states, with huge internal revenue coming from tax and the state recently joined the list of oil producing states.

The request for economic assistance for Lagos State is coming at a time that the nation’s economy is in recession, with a report of the National Bureau of Statistics showing that the nation’s Gross Domestic Product index contracted by 2.06% in the second quarter of 2016.

Plan Has Not Changed

Every revenue counts now for the nation that depends largely on crude oil sales for revenue and the Federal Government had in the past months handed down a bailout to states that could not pay workers salaries.

On what the government is doing to address the economic crisis, the Minister of Finance, Mrs Kemi Adeosun, said the tactical plan of the Nigerian government to address its economic challenges had not changed in spite of the official confirmation that the country had gone into a recession.