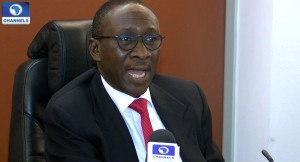 The Federal Government has fulfilled its promise of reducing the number of aircraft in the presidential fleet as officials released two Agusta Westland helicopters to the Nigerian Air Force.

At the handing over ceremony, the National Security Adviser, Major General Babagana Monguno (rtd), reaffirmed the government’s commitment to enhancing the capacity of the Nigerian Armed Forces.

He advised the Air Force to make judicious use of the helicopters in the overall interest of Nigeria’s national security.

Speaking at the event on Monday in Abuja, the Minister of Defence, Brigadier General Mansur Dan-Ali (rtd), applauded the gesture of the Federal Government to support the Nigerian Air Force with the two aircraft.

He expressed optimism that the helicopters would aid the air power of the force to respond to national security threats. 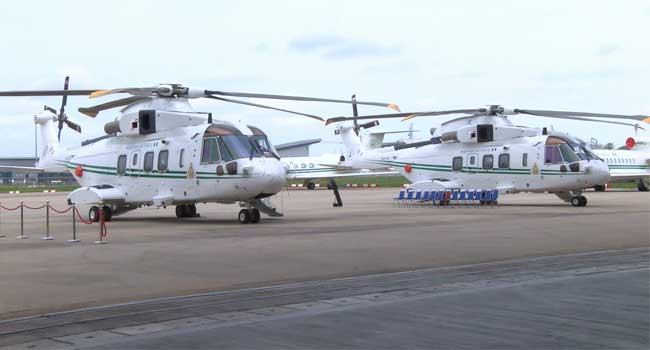 In his remarks, the Chief of Air Staff, Air Marshal Sadique Abubakar, pledged the commitment of the force to double its effort in the fight against terror.

He pointed out that the Agusta Westland 101 and 102 helicopters are rugged helicopters used in civil and military ‎applications.

The Air Chief added that aircraft have ballistic defence capabilities and are equipped with defensive aid against some forms of missile attacks.