NBA Insists Arrest Of Judges By DSS Is Unconstitutional 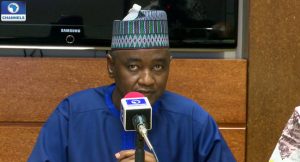 The Nigerian Bar Association (NBA) has reaffirmed its position that the arrest and detention of two Supreme Court Justices and five other justices of the Federal High Court, by the Department of State Security Service (DSS) was unlawful and unconstitutional.

The President of the Association Mr Abubakar Mahmud said this after a meeting of the association in Abuja.

The group warned that the country’s judiciary should not be exposed to ridicule and disdain by security operatives under the guise of fighting corruption.

In a statement, the association condemned the manner of arrest of the judicial officers by the Department of State Security (DSS) conducted in the middle of the night by masked and armed personnel.

“We view the action as illegal and unconstitutional. It is not in line with accepted norms in a democratic state. It is unacceptable to the NBA.

“The NBA reiterates in unmistakable terms, its commitment to the fight against corruption and commits itself to collaborate with the Federal Government in bringing culprits to justice whether Judges or ordinary people.

“However, we will only do this within the ambit of the law and in accordance with due process.

“The NBA shall engage all stakeholders in order to build a consensus on how to win the war against corruption which has eaten deeply into the fabric of the Nigerian Nation and appears to have made inroad into the nation’s judiciary.

“Consequently, the NBA shall in the next few weeks engage in high level consultation with the office of the Honourable Attorney General and Minister of Justice, the Chief Justice of Nigeria, National Assembly, the police, anti-corruption agencies and other law enforcement institutions of Government”.

The association stated that it is not unmindful that there is divergence of views on the matter, particularly having regard to the frustration of Nigerians with the failure of government to check corruption.

“However we remind the general public and our members in particular, that motto is “Promoting the rule of law” and we will not undermine this position on grounds of expediency.

“The NBA hereby set-up a task force to be co-chaired by past presidents, Wole Olanipekun, SAN and Olisa Agbakogba, SAN to come up with detailed proposals and strategies on how to strengthen the disciplinary process of the judiciary with a view to enhancing its effectiveness and rebuilding public confidence in the Justice Sector.

We will make recommendations to the National Judicial Council and the Government through the office of Hon. Attorney General of the Federation”.

DSS Explains Why They Are After Judges

The Department of State Services (DSS) in Nigeria has given reasons for its arrest of some judges.

This is coming after the Governor of Rivers State accused them and the police of trying to abduct a serving Federal High Court judge in his residence at number 35, Forces Avenue in Port Harcourt, the Rivers State capital.

In a statement after the foiled arrest on Saturday, a spokesman for the DSS, Abdullahi Garba, said that the service had in the past few days, embarked on raids of residents of some Judges of the Supreme, Appeal and High Courts.

Mr Garba says the operations are based on allegations of corruptions and other acts of professional misconduct by a few of the suspected Judges. 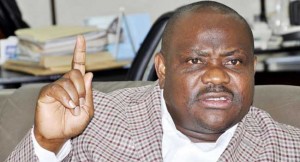 But the Rivers State Governor had accused the police and the Department of State Services (DSS) of trying to abduct a serving Federal High Court judge in his residence at number 35, Forces Avenue in Port Harcourt, the Rivers State capital.

How Twitter Reacted To Reports Of Kobe Bryant’s Death