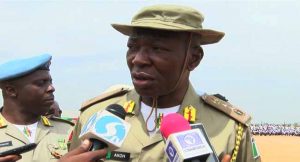 As part of concerted efforts towards youth empowerment, the Peace Corps of Nigeria, gathered over 900 youths over four weeks, to impart them with relevant skills and principles.

While addressing the youths at the Passing Out Parade and commissioning of gentlemen cadets of the Peace Corps in Plateau state, the National Commandant, Dickson Akoh emphasized the need to maintain positive attitudes.

He urged the youths, saying that hard work and discipline without a good attitude could lead to avoidable failures.

Strong behavioral and attitudinal changes, were identified as some of the ways of empowering the youths for effective performance in the society, hence the re-orientation program. 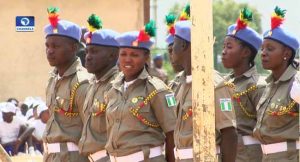 The young cadets who had been engaged in rigorous mental and physical training, had learned discipline as well as other character development virtues, deliberately meant to put them in a good stead for future responsibilities.

Among other skills provided to them, was also intelligence gathering, which will compliment security agencies efforts in combating crime and insurgents.

The Plateau state House of Assembly through the Deputy Speaker, expressed that the legislative arm will continue to offer its support.

He also assured that the cadets will be engaged by the government agencies in the state and they would be be gainfully employed, as a way of reducing the rate of unemployment.