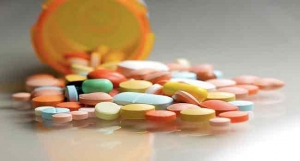 Mental health experts in Nigeria have decried the high rise in mental disorder cases and have urged the government to invest in this sector of the nation’s health care delivery.

They have called for adequate funding, more psychiatric personnel, as well as creation of policies that would allow the general public to be more open to the realities.

Beyond policy formulation, the experts also say laws and policies must be translated into concrete action to ensure strategic turn around in mental health care delivery in the country.

Pointing out causative factors of mental disorders, they listed prolonged depression, anxiety, drug abuse, mood distortion as some of the components.

As a result of the lack of proper acceptance and understanding of this area of health, sufferers of mental issues fear to come open in the public as there are tendencies of being stigmatized, discriminated or even feelings of vulnerability.

For the extreme cases and those who have gone unchecked, their presence on the streets and among residents no doubt send fears into the spine of many as most of them could be violent at little provocation.

According to statistics, one out of every five Nigerians, has a mental disorder, while an estimated 60/64 million are said to have one form of mental disorder or another with about 80% of this population not seeking medical help.

To effectively address some of the challenges in the mental health sector, a National Health Act was introduced in 2003.

The Act sought to protect the rights of persons with mental disorder, ensure equal access to treatment, discourage stigma and discrimination among others. However, 13 years after, it is still yet to be passed into law.

The Ogun State Commissioner for Health, Mr Babatunde Ipaye speaking on the matter, advocated for increase in funding, adequate personnel, as well as effective incorporation of mental health into primary health care delivery.

According to them, this would help the teeming population of Nigerians who have been exposed to one form of mental challenges or the other (mostly without being aware), as a result of policy somersault and especially in the face of the current economic challenges.