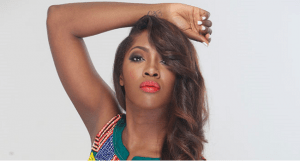 It is the second time the actor would feature along-side Tiwa, following his role in her 2015 music video titled ‘My Darling’.

The visual interpretation of ‘Rewind’ was created by award winning Director, Clarence Peters.

Meanwhile members of the Mavin crew appear to be making new waves, as Reekaado Banks is also out with the video for ‘Problem’, a track off his debut ‘Spotlight’ album.

The video was directed by Aje Filmworks.