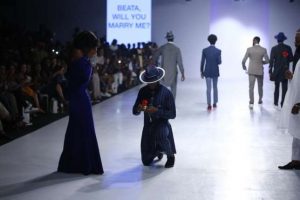 Designer, behind the Johnson Johnson mens’ wear brand, Iyaye Rotimi, has proposed to his girlfriend Beata, at the 2016 Lagos Fashion and Design Week (LFDW).

The proposal came while Rotimi was taking his final walk displaying his wears on the runway. 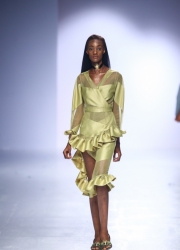 With artist, Ric Hassan’s ‘Gentleman’ playing in the background, the designer singled out his girlfriend from the crowd and proposed to her in an ‘awe-filled’ moment after which she said a ‘Yes’.

With models strutting the runway and displaying the creativity of African designers, the event was one of the highlights of the annual three-day event, which commenced on October 26, 2016. 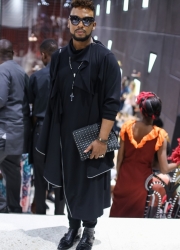 show, organised by Heineken, featured a lot of African/Nigerian designers among which were designs by Maybelline, Ivorian Loza Maleombho, Nigeria’s Iconic Invanity, Maki-o, Andrea Iyama, a brand specializing in custom couture, ready-to-wear and retro swimwear, among a number of others.