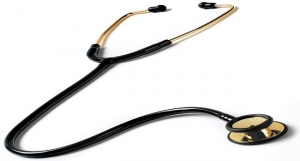 A hospital reportedly being run by a fake doctor has been shut down in Ado Ekiti after the Medical and Dental Council of Nigeria (MDCN) discovered that he was not genuine.

The union said that the feat was part of the efforts to curtail quackery in medical practice in the state.

It told reporters that the fake doctor (name withheld) had been handed over to the police for prosecution.

At a press conference in Ado Ekiti, the chairman of the Nigeria Medical Association (NMA) in Ekiti State, Dr. Sunday Omoya, said the ‘doctor’, who was operating a hospital named ‘Divine Citadel Health Centre’ in Ajilosun area of the state capital was arrested after his certificates were found to have been forged.

Dr. Omoya called for the implementation of the National Health Acts 2014 by the Federal Government, to make access to standard healthcare service a compulsion for every Nigerian and for the achievement of universal health coverage.

“The NMA in partnership with MDCN set up a monitoring team to tackle quackery in medical practice. The man in question was reported to the police and was arrested after a screening conducted by the local government where he had worked for 11 years revealed that he was parading fake certificates.

“We reported to the Commissioner of Police and the man will soon face prosecution in court,” he said.

While commending the state government over the proposed bill on State Health Insurance Scheme, the association solicited prompt implementation of the corrected Consolidated Medical Salary Scale for members to serve as a morale -booster and increase their dedications to duties.

The NMA has also raised the alarm over increasing incidences of hypertension and diabetes among Ekiti residents, saying a medical screening conducted on some residents recently in commemoration of the 2016 Physicians’ Week gave an indication that the diseases were becoming endemic

“We held a medical outreach to Afao Ekiti on Monday, October 24 during which about 200 members of the town had free health checkup, blood screening and treatment.

“We were able to find out that non-communicable diseases like hypertension, diabetes are becoming endemic in Ekiti. This may be due to sedentary lifestyles, seasoned food intakes and alcohol consumption brought about by western world”.

The NMA is the national umbrella body for medical doctors in Nigeria.

‘Put Yourselves In Shoes Of Their Parents’: Ekiti Attorney General Decries ‘Rape Rage’