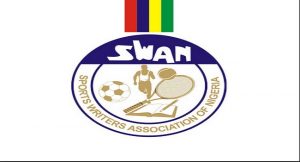 SWAN President, Honour Sirawoo, who made the censure, stated that whatever grievances they had could have been settled after the match.

He also criticised the interference of the Ogun State Commissioner for Sports whom he said directed the players against playing.

Spectators had arrived at the Ilorin Stadium as early as 3:00pm on Sunday to watch the all-important match where Gateway and ABS sought outright win to gain promotion to the Nigerian Professional Football League.

When the match officials and referee called out the two teams, it was only the ABS that came out to the pitch.

Despite several blowing of whistles by the referee, the Gateway players refused to come on the pitch as the officials waited till 4:30pm before awarding three goals and three points to the hosts.

The officials, led by the match commissioner, Ezra Zuma, took the decision after 30 minutes when ABS players and referees were already on the pitch.

With the resolution, the Ilorin side have 24 points and 21 goals to lead Group B2 of the lower league.

The General Manager of Gateway United FC, Tunji Onatolu, alleged that the ABS did not provide enough security, contrary to article Three-Four of the NNL and NFF which stated that a minimum of 50 security officials must be provided by the home club.

He also claimed that all the antics played by their host were pre-staged and pre-determined and vowed to challenge the decision of the match commissioner.

Rejecting the claims, ABS Director of Sports, Aloy Chukwuemeka, stated that the rule indicated that 50 security personnel should be provided for any match and that they provided about 70 security officials.

He purported that Gateway United had come to Ilorin with antics but were beaten ahead by the ABS FC.

Chukwuemeka, however, dedicated the victory to the proprietor of the club and the Nigerian Senate President, Dr. Bukola Saraki.