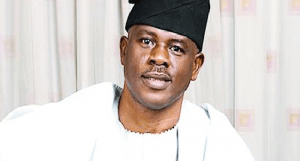 The Economic and Financial Crimes Commission (EFCC) has said a former Minister of State for Defence, Musiliu Obanikoro, has returned the sum of 100 million Naira to the Nigerian Government.

Spokesperson of the anti-graft agency, Wilson Uwujaren, on Thursday confirmed the payment to Channels Television.

He said the EFCC chairman, Ibrahim Magu, rejected the initial offer and demanded that the former Minister signed an undertaking to pay back the sum of 600 million Naira within a stipulated time.

But the former Minister rejected, claiming he had no means of raising such amount.

In the meantime, the EFCC has begun the verification of  payments as interrogations continue.

Three months after his invitation by the Economic and Financial Crimes Commission (EFCC), a former Minister of State for Defence, Musiliu Obanikoro, has reported to the anti-graft agency.

Senator Obanikoro returned to the country on Monday from the U.S. and later proceeded to an EFCC facility.

The former minister who also represented Lagos state in the Senate, had been a subject of interest to the commission in connection with alleged diversion of arms funds.

He has been accused of involvement in corrupt practices, as the anti-corruption campaign of the Muhammadu Buhari-led administration intensified with a clampdown on some public officials from the previous administration.

The EFCC has said that it has proof that Obanikoro received a total of 4.745 billion Naira from the office of the former National Security Adviser between April 4, 2014, and December 15, 2014 through companies belonging to his sons.