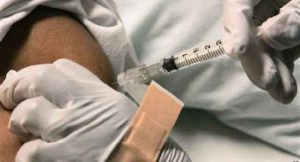 Sickle cell patients in Nigeria have said that lack of effective enlightenment campaign and inadequate health facilities and treatment are some of the major reasons why the disease is on the increase in the country.

They made their positions known at a sensitization campaign for the support of sickle cell patients held in Kaduna state, North West Nigeria.

Some of the speakers at the event called on both the states and federal government to give more attention to the disease that currently affects over 40 million Nigerians through advocacy and provision of free treatment for patients.

Sickle Cell disease is one of the most common and inherited medical disorders in the world with three quarters of cases occurring in Africa.

In Nigeria, over 40 million people are healthy carriers of the sickle cell gene and the prevalence of sickle cell anaemia is about 20 per 1,000 births.

This according to the organizers, would create a platform for discussions among stakeholders with focus on the challenges faced in providing awareness, treatment and support for patients, and also the future for sickle cell care in Nigeria.

Among the participants was a young man who already suffered partial stroke as a result of the disease. He explained the challenges he was going through. And having lost both parents who were also carriers some years ago, he gave some advice to young people.

The coordinator of the Sickle Cell Patient Health Promotion Centre in Kaduna, Mrs Badiya Inuwa, also lost one of her sons to the disease at the age of 35, and another son is still battling with the disorder.

She has decided to lead the campaign to sensitize the people about sickle cell, advocating for a legal framework that will make it mandatory for people to know their genotype status early enough.

“I lost my older son 10 years ago at the age of 35, and I have another son of 40 years of age, he too is a sickler. And that prompted me to help the less privileged, because I realized that there are certain drugs they need to take for the rest of their lives.

“I saw that the less privileged cannot afford to get the medicine, that’s why I opened this organisation.

“I have granted so many interviews and held many programmes calling on government for support. Recently I sent an SMS to a sickle organisation in Port Harcourt to create awareness and to make them to understand the implication of not going for medical test to know their genetic status.

“Government should make it compulsory that people should go for test. And that a testing machine should be in all the government hospitals for children to undergo testing at least within the age five and it should be free so that the underprivileged can be able to get it.

“I even went to the Emir of Kano and that of Zaria to solicit for their support to pass the information to their imams to make sure they ask their subjects to undergo medical test in order to know their genotype before marriage,” she said.

The incidence of sickle cell anaemia in Nigeria, according to the World Health Organization, is among the highest in the world, with about 250, 000 children being born each year with the disorder.

Mrs Esther Ononememen, a sickle cell survivor based in Republic of Ireland, blamed her own situation on inaccurate medical diagnosis she undertook in Nigeria before getting married to her husband who is also a carrier 19 years ago.

She called on government to support people living with sickle cell through the provision of treatment facilities and sensitization.

“I am a carrier by chance because after the birth of our first child, we thought everything was alright until we gave birth to our second child and we realized that she is a sickle cell carrier because he (husband) is AS.

“She is constantly sick until she became paralysed. Even at that, we didn’t know she was a sickle cell carrier until we went abroad. Medical treatment abroad is more advanced than what we have here in Nigeria.

“When we went for the test here, they said there was no problem, but to our surprise, two of our children are sickle cell carriers. That means my country is a failure in terms of medical test”.

Dr Shuibu Musa, a medical practitioner, said that sickle cell, which is a disorder that affects the red blood cells, also has economic implications to the society.

With this huge burden, he made some suggestions on how to improve the management of the condition in Nigeria, which include early testing to know one’s status, and the need for carriers to avoid marrying carriers.

The significant health and social burden sickle cell is posing on Nigerian families is unprecedented. Participants at the gathering are therefore of the belief that improved management of the condition, blood testing for genotypes and informed decision making will go a long way towards reducing the burden of this disease in Nigeria.

Man Beaten Up, Set Ablaze Over Motorcycle Theft In Ibadan

One Shot, Police Station Burnt In Face-Off Between Prison Officials And Motorcycle Riders In Ibadan

US Expects To Start Covid Vaccinations In Early December