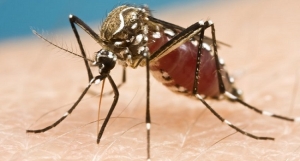 The World Health Organization (W.H.O), has declared that the Zika virus and related neurological complications, no longer constitute an international emergency.

However, the agency says it would continue to work on the outbreak through a “robust” programme, as the virus still represents “a significant and an enduring public health challenge”.

In February, W.H.O Director-General, Margaret Chan, had called it an “extraordinary event”, while declaring a public health emergency.

Carried by mosquitoes, the Zika virus can cause the rare birth defect, Microcephaly, (where babies are born with abnormally small heads and restricted brain development) and other neurological disorders in infants and adults.

It has spread to more than 60 countries and territories since the current outbreak was identified in 2015, in Brazil.

Brazilian President, Dilma Rousseff had said “as long as the mosquito keeps reproducing, each and every one of us is losing the battle against the mosquito”.

“We have to mobilize so we do not lose this battle.”

Health officials in affected countries had advised women to avoid pregnancy – in some cases, for up to two years.