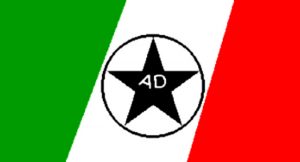 The Alliance for Democracy (AD) has warned the Independent National Electoral Commission (INEC) and security agencies against manipulating the results of the Ondo governorship election in favour of any party, especially the ruling All Progressives Congress (APC).

AD’s warning comes less than 24 hours into the election which would see the people of Ondo State go to the polls to elect their governor for the next four years.

According to the statement issued in Akure, the Ondo State capital, the Director General of Olusola Oke Campaign Organization, Bola Ilori, said any attempt to manipulate the result of the election will be resisted by the good people of Ondo State.

He added that the people of the state should be allowed to choose who rules them.

The statement reads: “While we as a party are prepared for the election, we will support anything that will aid the peaceful conduct of election.

“However, we will not fold our ‎arms and allow our destinies to be determined by people who are not only political invaders but people who have subjected our people to untold hardship.

“Also, the security agencies should make sure they don’t take side. They should deal with anybody who forments trouble. Just like we have told our people, they should not allow anybody to dictate what they will do to them but make sure they keep vigil and defend their votes.

“We are also aware of plans to cause trouble in Akoko Land, Ondo South senatorial district and other areas considered to be strongholds of AD.

“If President Muhammadu Buhari cannot deliver the dividends of democracy he promised the people, he should not cause chaos in the state. He should warn INEC and security agencies against enacting a replica of 1983 political crisis in the state.”