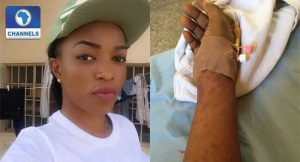 The death of a 26-year-old National Youth Service Corps (NYSC) member, Dolapo Oladepo, at a corps’ orientation camp in Kano State has triggered protest by students in Osun State.

Protesters with different placards marched to the State House of Assembly in Osogbo, the state’s capital.

There have been different claims, as to the circumstances that preceded her death at the NYSC camp in Kano State.

While her family accused the NYSC of gross negligence, the NYSC claimed they did everything possible to save her life, but to no avail.

Dressed in black, wearing sad looks and chanting dirge and eulogy, the students marched through Olaiya Road to the state House of Assembly complex, with placards.

The spokesperson for the students, Oladejo Bashir, tasked the lawmakers to investigate her death and ensure that justice was done where necessary.

‎The students also suggested that the NYSC scheme be scrapped or restructured, with the claim tha‎t the scheme was doing more harm than good. 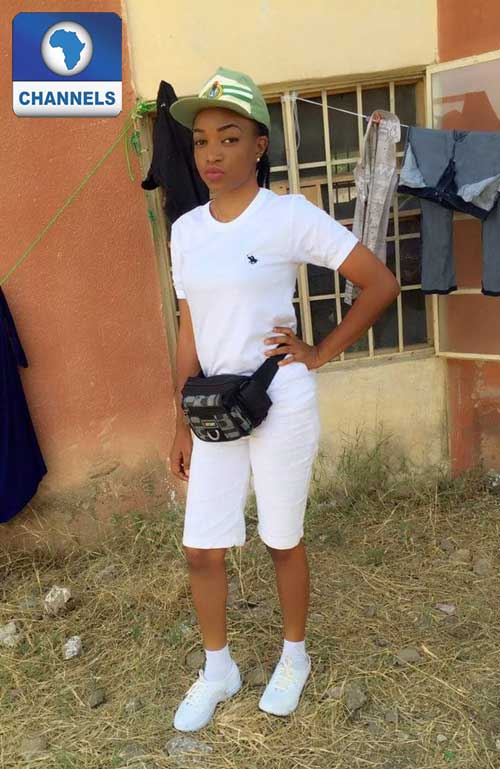 “Here we have brought our petition letter to submit to the National Assembly through the State Assembly, we are pained that one of us had to die like that. We believe that if something had been done in good time, she probably may still be alive,.

A family member of the deceased, Bamiji Oladele, also said that in the letter, they had emphasised four points.

“NYSC should tender a public apology for the negligence involved in the management of Dolapos health. Investigation should be made about the circumstances leading to her death and the result be made public. A total overhaul of the NYSC scheme should be done with particular focus on medical attention for all corps members. Qualified doctors should be engaged in all NYSC orientation camps, This is all we ask for. We cannot bring Ifedolapo back but we can get justice for her,” he stressed.

‎Addressing the mourning students, the Deputy Speaker of the House, Honourable Akintunde Adegboye described as unfortunate and a colossal loss, the demise of Ifedolapo.

He told the students that the house would not leave any stone unturned in unraveling the circumstances surrounding her death.

Mr Adegboye said: “We are mourning this girl more than you students are doing. There is nothing we can do for her than to get justice which you are also demanding for and we promise to work towards that and we assure you that at the end of the day you have our full attention and rest assured that we will do all in our power to get Justice for ifedolapo Oladepo,” the Deputy Speaker assured.

Rwanda Scraps Tax On Sanitary Pads To Make Them Cheaper