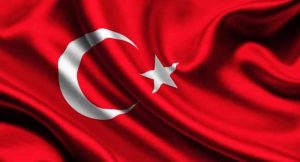 Dozens of persons have been killed in an attack which took place during a New Year’s bash in an upscale club in Istanbul.

It was supposed to be a celebration welcoming in a new start, after a trying, bloody year in Turkey.

Almost 70 people have been hospitalised following the bloodbath by an unknown number of attackers who stormed the club and started shooting.

According to CNN, an eyewitness, Yunis Turk, explained after police secured the Reina nightclub: “We were having fun, at first we thought it was a fight then there was a lot of gunfire.

“After the gunfire everyone started to run toward the terrace. We ran as well. There was someone next to me who was shot and fell on the floor. We ran away and hid under the sofas.

Some people jumped into the Bosporus, he said, a testament to the panic that engulfed the nightspot – it is freezing in Istanbul but people were willing to leap into the frigid water to escape the panic.

“For ten minutes there was gunfire and then for another five minutes they were throwing bombs, fired a bit more, then left,” Turk recalled.

Turkish Deputy Prime Minister Numan Kurtulmus, also told CNN that the attacker was a lone assailant and that the authorities “are trying hard” to identify and apprehend the person in order to investigate any ties to terror groups.

He said that security forces are analyzing CCTV footage.

“I hope we will shortly identify the attacker and find who is behind it,” he said