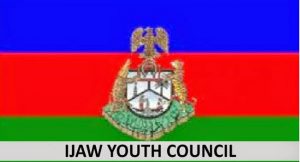 A crowd of youths from Ijaw and other parts of the Niger Delta, took to the streets of Port Harcourt, the Rivers state capital, to protest what they say is a calculated victimisation of former President, Goodluck Jonathan, and other leaders in the region.

The protesters took their grievances to the south-south zonal office of the Economic And Financial Crimes Commission (EFCC), and the headquarters of the police command in the state.

They alleged that there was an attempt to subdue the region which according to them, would be resisted.

The aggrieved youths then called on the Federal Government to tell the EFCC and other security agencies to tread with caution.

Furthermore, they lamented what they described as a neglect and lack of development in their area.

Meanwhile, the Assistant Zonal Head of the EFCC, south-south, Usman Muktar, has disagreed with them, stating that the commission is not victimising anyone.