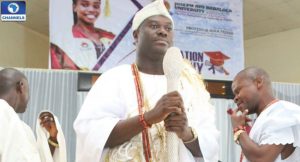 The Ooni of Ife, His Imperial Majesty Enitan Adeyeye Ogunwusi, Ojaja II, has pledged to turn the ancient city around to attract tourists and boost its economy.

Oba Ogunwusi, represented by Moses Olafare, his spokesman, made the promise at a news briefing held in his office within the palace in Ile-Ife Osun state.

Mr Olafare said that Ile-Ife was a land of expansion and a sacred town globally known as the source of the Oduduwa race.

“The town is known for its peaceful nature, accommodating to visitors and tourists, and home to 201 Yoruba deities,” he said.

The Ooni’s spokesman further told reporters that there were several historical monuments and sites in the ancient city that when developed into international standard, millions of local and foreign tourists and visitors would like to visit, having read about them in history books in the past.

According to him, the ancient city is endowed with shrines and monuments that include: the Moremi Ajasoro’s statue of liberty reputed as the tallest statue in Nigeria and the third in Africa.

In Osun, there are also the Oranmiyan groove, the Ooni’s palace, Olokun, Osara, Obatala, Orunmila, Oranfe and Oduduwa shrines.

He said that these and many more were the cultural heritages that tourists, visitors and Nigerians in the Diaspora could use to trace Yoruba history, their routes and other descendants of Oduduwa.

The monarch also said that no fewer than 200 tourists and visitors visited the Ooni’s palace daily, saying this was beside the over 500 visitors that visited the various shrines and monuments across the city every day.

“The hotel operators in Ile-Ife and adjoining communities, as well as operators of taxicabs and commercial buses, have been benefiting from the influx of tourists and visitors that throng the town regularly.

“Business men and women in addition to residents of the community have also been benefitting in one way or the other from the visitors and tourists that came into the town,” he said.

The monarch said that these had improved the living standards of the community, maintaining that since his coronation as the monarch, the town has continued to witness tremendous infrastructure development in areas of roads and provision of security for residents and visitors alike.

He lauded the state government for embarking on a holistic development of the state.

“The government has been playing its part by developing the various cultural sites, tourism and monuments across the state.

“I want to complement the state government’s efforts by upgrading the ones around me to international standards.

“It is part of my plans to give splendid facelifts to the several monuments and heritage sites across the city which I have begun to do.

“The idea is for tourists and visitors to have several attractions to see in the ancient city and to also have value for their visits and monies they will be spending there,”he said.

The monarch said that in the last one year of his ascension to the throne as the Ooni of Ife, the ancient town had recorded unprecedented human traffic and economic growth.