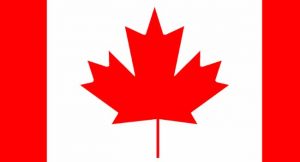 Six people have been killed and another eight wounded in a shooting at a mosque in Quebec City, Canada.

The incident occurred on Sunday night, after shots were fired at the Quebec Islamic Cultural Centre where more than 50 people had gathered for evening prayers.

Two people are in custody, and officers do not believe there are other suspects at large.

The Prime Minister, Justin Trudeau, in a statement said: “It was with tremendous shock, sadness and anger that I heard of this evening’s tragic and fatal shooting at the Centre culturel islamique de Québec located in the Ste-Foy neighbourhood of the city of Québec.

“We condemn this terrorist attack on Muslims in a centre of worship and refuge”.

According to him, Diversity and religious tolerance, are values that Canadians hold dear, therefore, to see such “senseless violence, is heart-wrenching”.

He however stated that authorities are still investigating the attack, while details continue to be confirmed.

Anxiety Rises Over Attacks On Media Covering US Protests

Canada Offers The Elderly Up To $500 For COVID-19 Expenses