Political Appointments Are Based On Merit, Not God-Fatherism- Al-Makura 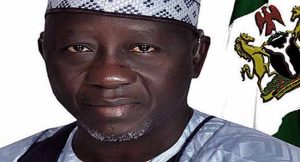 The Nasarawa State Governor, Tanko Al-makura says there is no God-fatherism in Nasarawa state as political appointments are strictly based on merit.

He said this while swearing-in the newly appointed Secretary to the State Government and Head of Civil Service.

Governor Al-Makura who had sacked his former SSG, Suleiman Azores, as well as the Head of Service, Joseph Isa Ancho, stated that: “This is an administration that has no God-father and does not concern itself with God-fatherism”

“Your God-father as far as you are concerned in Nasarawa state, is to do your job diligently, sincerely and patriotically, and once you do that God will beam his light on you and you will come to the notice of people that matter.”

According to him, he is taking bold steps to ensure that committed civil servants are rewarded accordingly.

“This is the kind of focus am giving to service to ensure that those that have been working relentlessly and whose records of service are without blemish, are compensated, so that those that are staying out there will see the necessity of doing what is right for a better day”.

Furthermore, he stressed the fact that the state belongs to all, while he called on the people to be committed in all their dealings.

“Nasarawa State is for all of us, let’s commit ourselves, lets sacrifice for the state.

The governor also reiterated his efforts in protecting the efficiency of the State Civil Service.

“We are trying to see what we can do to protect the sanctity of service to ensure that it is not adulterated, and I am calling on the SSG and HoS to join hands with me and members of my council to inject new impetus in the system and be the guiding light towards making Nasarawa great again”

On their part, the new appointees assured him of their loyalty to key into the policies of the governor in order to achieve desired results.

“We assure you that we will do the best we can to ensure that service to the people, which is anchored on your belief in transparency and accountability will be protected”

The new SSG, was a two-time commissioner for Justice in Nasarawa State Attorney General and Special Adviser to Governor Al-Makura on Special Duties, he has also contested for a set in the House of Representative, also a think-tank of the ruling party, All Progressives Congress.

Meanwhile the new Head of Service, Ari Ogiri, was recently sworn-in as a Permanent Secretary.