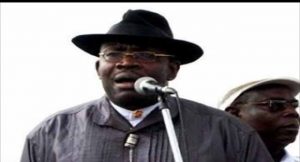 The Bayelsa State Governor, Seriake Dickson has asked the new Commissioner of Police in the state, Amba Asuquo not to relent in his assignment of fighting crime and criminality.

The governor gave the charge while receiving the new CP‎ who was accompanied by other senior police officers of the state command at the Government House in Yenagoa.

He explained that his administration’s vision of making the state the safest in the country can be realized, if the Police effectively collaborates with other security agents, while expressing the willingness to always support and partner with the police.

According to him the new police commissioner has shown the seriousness to fight crime, as his achievement so far since he resumed duty clearly supports the assertion.

He urged him to continue in that direction, as well as not to politicize crime.

“We want people to feel free to come spend time, live here, do businesses. We don’t want to hear of any kidnapping. Even one case of kidnapping is too much for us to hear because we know the negative consequences”.

Gov. Dickson also asked the new CP to go after those who destroy the national assets and also flush out cultists and their sponsors, including all those who are killing innocent people in the state.

In his remark earlier, the new CP, Amba Asuquo appreciated the governor for his support and encouragement while assuring him of the command’s readiness to reciprocate by bringing good results from its operations.