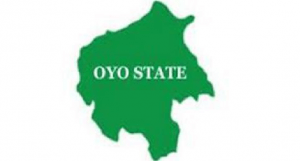 The Oyo state government has said that contractors handling various projects in the state would be mandated to patronize about 440,000 tradesmen and artisans in executing government projects.

The State Governor, Abiola Ajimobi, who made the annoucement at the flag – off of the tradesmen and artisans bio-metrics data capture and identification card project in Ibadan, explained that the bio-metrics and data capturing will serve as the database for providing commercial incentives and welfare packages for the various groups of artisans and tradesmen in the state.

“This is a project that has been on the front burner of government attention. We commend the tradesmen and artisans for recognising as well as appreciating continuous government’s efforts to better the lot of all and sundry. We want you to do more in adding to the socio-economic development of our State.

“The government will patronize you and we will mandate contractors handling various projects in the state to make use of your members in executing the government projects.

“We will not relent in doing more to encourage creativity and social empowerment by giving timely and frequent inputs in the form of financial power like revolving loans and other incentives to artisans and tradesmen in the state,” Ajimobi stressed.

He also added that the bio-metrics and identification card project would eradicate impersonation of members, provide opportunities to benefit from government social services and encourage special recognition to outstanding artisans and traders.

“It is important we enumerate the advantages inherent in this project for our people to know its values which include: easy access to government loans, recognition and identification of members of various artisans and tradesmen’s union as well as special rewards for outstanding artisans and tradesmen among others, because we will be able to ascertain true members,” he emphasized.

Meanwhile, the President, Oyo State Tradesmen and Artisans, Mr Yisau Kolayode, has praised the Ajimobi-led administration for always coming up with novel ideas to bring succor to the teeming masses of the state.

He said the bio-metric registration would reduce the rate at which his members were impersonated while the data gathered, would be useful for future engagements and programmes.

“This data capturing would help flush out some bad eggs among artisans who engage in negative activities and we will surely know how many are true members as well as positioning legitimate members for benefits from government and corporate bodies,” Kolayode noted.

Also speaking of its benefits, Commissioner for Trade, Industry, Investment and Co-operatives, Princess Taibat Adeyemi-Agaba, said that the project will enhance the local content initiative of the present administration in the state.

She added that it will also bridge the gap between the government and governed as the initiative is capable of opening seamless opportunities within the informal sector.