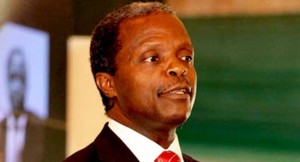 The Federal Government has commenced the verification of its monthly Budget Support Facility to the states.

The importance of the exercise is to ensure that benefiting state governments comply with the mutually agreed Fiscal Sustainability Plan prescribed by the National Economic Council (NEC).

The resolution was reached at the first NEC meeting in 2017, presided over by Vice President Yemi Osinbajo on Thursday at the Presidential Villa in Abuja, Nigeria’s capital.

The Minister of Finance, Mrs Kemi Adeosun, said that eight accounting firms have been appointed and had already begun the audit process.

The minister hinted that the National Sovereign Investment Authority (NSIA) plans to increase domestic infrastructure investment in 2017, as there are compelling opportunities in the environment.

She explained that the focus would be on social infrastructure, including affordable housing and healthcare through the development of specialist hospitals and to this end, the council has decided to inject a fresh $250 million into the Sovereign Wealth Fund sourced from the excess crude account.

On agriculture, the council was informed of the massive wheat production in Jigawa, Kano, Kebbi and Zamfara states among others.

The State Governors at the meeting, however, appealed to the Federal Government to make plans for the purchase of excess wheat to ensure price stability and sustainable production.

After a brief presentation on foreign exchange policy options by the Governor of the Central Bank of Nigeria, Mr Godwin Emefiele, members of the council generally expressed concern over the current situation of the exchange rate.

They called for an urgent review of the current policy, especially the gap between interbank and the parallel market rates.

In his response, Mr Emefiele sued for patience and understanding, assuring the council that the situation was being closely managed.