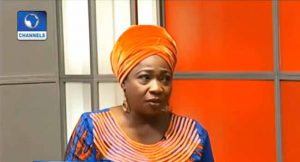 The Senior Special Assistant to the President On Dispora, Mrs Abike Dabiri-Erewa has called on South African authorities to act fast before it results into a reprisal.

This is because of the growing tension among Nigerians living in South Africa, following reports of another likely xenophobic attack on Friday.

Although the South African High Commissioner to Nigeria, Lulu Mngini has dismissed such fears but assured that the issues will be addressed.

But earlier, the House of Representatives Committee on Diaspora had criticised the Federal Government for failing to stem the attacks on Nigerians living abroad.

The Chairperson of the Committee, Rita Orji, stated this on Monday while speaking to journalists at the National Assembly on the recent xenophobic attacks on Nigerians in South Africa.

She said the failure of the Federal Government to address previous attacks of Nigerians in South Africa was responsible for the incessant killings of Nigerians abroad.

The lawmaker recounted some of the killings of Nigerians in South Africa, Libya and other countries, claiming that the committee had investigated some of the cases and sent a report to the Ministry of Foreign Affairs with no visible action taken.

How Curfew Will Allow Nigeria Get Ahead Of Coronavirus – NCDC

COVID-19: Our Biggest Source Of Risk Is From People Returning To Nigeria – NCDC