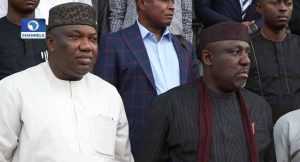 Governors of the five south east states in Nigeria, have been deliberating on issues of insecurity and economic integration, among other challenges facing the region.

The meeting which resumed for the first time since 2014, under the aegis of the Southeast Governors Forum, was held behind closed doors at the Government House in Enugu state.

The meeting lasted for about two hours, after which the Ebonyi state Governor, David Umahi, emerged chairman of the forum.

“I want to thank them with all sense of humility and I want to accept it with all heart.”

Governor Umahi said the meeting was largely about deliberations on the Igbo nations, individual states and Nigeria in general.

He further stated that they looked at how security can be integrated. 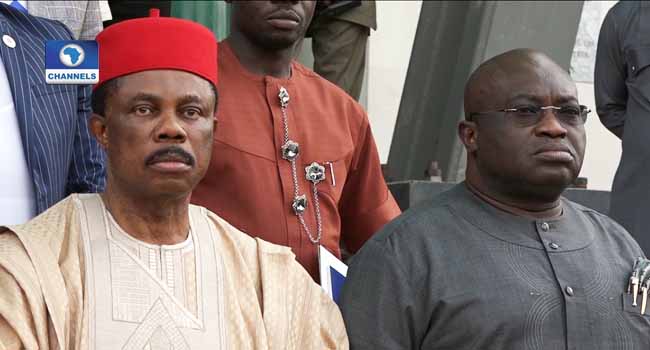 “One of the things we talked about is security integration we have agreed to compare notes, talk with our CPs to do security integration, and other security agencies so that the issue of kidnapping, robbery and other terrible insecurities in our various states will be looked together because we realise that when kidnap happens, the victim is taken to another state of the southeast” he explained.

The governor then expressed optimism that this decision would help to secure lives and property of citizens better.

Meanwhile, Governor Umahi said that they equally agreed that the only way to fruitful results and to improve the lives of the people, is to work as a team, compare notes and adopt the peer review mechanism where a state learns from what is happening in other states.