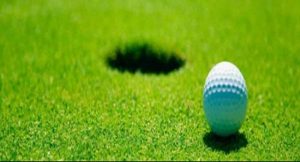 The Imo state government has reiterated its resolve to promote golf as a sporting event for youths in the state.

The Deputy Governor of the state, Eze Madumere, said this while addressing journalists shortly after performing a tee off of the first ever Four Clubs Caddies between the age of 12 and 25.

The Deputy Governor described golf as one of the sporting activities that has not been given the needed promotion in the state, promising that the Okorocha administration would help to bring back the past glory of the game.

“Golf is one of the sports that has not really been promoted, it needs to be showcased more in Imo state and Nigeria at large.

“Although we have Oguta Golf Course, Arsenal Golf Course and other wonderful places one can easily come down and play, some people look the other way because of the wrong impression that golf is an elitist sports.

“I disagree. I feel the problem is because people do not get to see people who play golf around them like other sports.

“It takes one to influence another. I therefore urge golfers around others to also help to encourage youngsters by talking to them about golf.”

Speaking generally on sports development in the state, he said the state appreciates the importance of sports in relation to its role as a career line and taking children off the street.

He averred that the government is doing a lot in sports development especially at the foundation level, which he described as strategic.

Furthermore, Madumere congratulated the organisers of the game and promised to confer with Governor Rochas Okorocha to support the golf project with hindsight of its value chain especially in tourism.

The Deputy Governor after tee-off was conducted round the golf course by the captain of the Arsenal Country Golf Course Club, Mr Emeka Ohaegbu, who expressed gratitude to the governor for giving hope to the young golf players.

I Want The Younger Generation To Take Part In Sports – Buhari