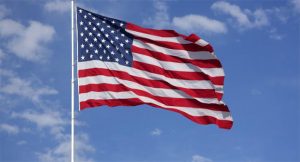 The United States says it has withdrawn its funding for the United Nations Population Fund Agency (UNFPA), an agency which promotes family planning in more than 150 countries.

According to the State Department, the agency supports and participates in the management of a program of coercive abortion or involuntary sterilisation.

Earlier this year, President Trump had reinstated a ban on U.S. funding of any international organization that provided any kind of abortion service or advice.

Meanwhile, the agency has called the claims “Erroneous”, saying that all of its work promotes the rights of individuals and couples to make their own decisions, free of coercion or discrimination.

The U.S. State Department further stated that the money allocated to the agency will be “Transferred and reprogrammed to the Global Health Programs account, which will be used by the United States Agency for International Development (USAID) to support family planning, maternal and reproductive health activities in developing countries.

This is the first of the promised cuts to U.S. financial contributions to the UN by the Trump administration.

Anxiety Rises Over Attacks On Media Covering US Protests