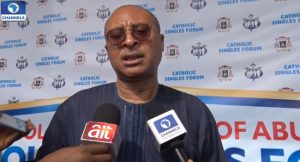 A renowned Professor of Economics, Pat Utomi, has blamed Nigeria’s backwardness on the lack of vision as well as absence of consultation of the masses in the budget processes which according to him, is made worse by leaders without capacity.

Professor Utomi who was a guest speaker at the maiden Budget Roundtable Seminar of the UNIzik Business School of the Nnamdi Azikiwe University, Awka.

Speaking on the theme: Budget Processes in Nigeria, Challenges and Implication in National Development, he trailed the problem of the country from the military era to over dependence on oil and to the cluelessness of some Nigerian leaders.

He stated that as a matter of urgency, a complete and total reform of government is what the country needs.

Furthermore, he advocated leadership brilliance and disciplined execution of budgets which would have peoples’ priorities reflected in order to save the economic situation in the country.

Other speakers also insisted that a budget must contain what the people want, while putting in perspective, future economic challenges and changes for easy and proper adaptation and adjustment.

He however gave an assurance of imminent budget reforms.