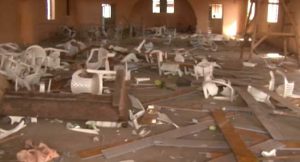 Religious leaders are seeking for stronger Muslim-Christian relations, to end the ethno-religious conflicts that have engulfed Southern Kaduna and other parts of Nigeria over the years.

The leaders, including the Catholic Archbishop of Abuja Diocese, John Cardinal Onaiyekan, and Sheik Ahmed Gumi, made the call at the graduation ceremony of some clerics from the Christian-Muslim Relations Centre in Kaduna State.

They identified ignorance about the teachings of Islam and Christianity as largely responsible for the various ethno-religious conflicts across the country.

The clerics asked government to rise up to its responsibilities of protecting lives and property, and to also ensure that those responsible for the Southern Kaduna crises were brought to justice.

Speaking at the ceremony, the General Secretary of the Anglican Church Worldwide and Founder of the Centre, Bishop Idowu Fearon, noted that diversity in religion and tribe is a blessing from God and not a tool for division.

“Kaduna will become a state where Christians and Muslims, in spite of our differences, can work together for peace, freedom and the culture of respect,” he said.

On his part, Kaduna State Governor, Nasir El-Rufai, condemned the killing of innocent people in Southern Kaduna by gunmen.

He also warned religious, political and traditional rulers against making inflammatory statements that can worsen the situation.

“The responsibility of all persons of faith is so immense, including the obligation to uphold truth and to promote ethical conduct and respect for others.

“Anybody that wishes to be magisterial to issue statements laden with certainty to their followers must first ensure that what they say, or what they are saying is not only factual, but does not violate any laws”, he warned.

The Christian-Muslim Relations Centre is founded to serve as a veritable platform for genuine interaction, and to promote harmonious relationship among Christians and Muslims in Kaduna State.

Stakeholders expressed hope that the engagement would continue to promote interfaith platforms for religious scholars and leaders, as well as foster religious freedom among others.