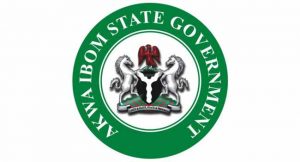 The Foreign Direct Investment drive of Akwa Ibom State Government, has received a quantum leap as the state government has concluded plans to partner with General Electric Global Operations, for the establishment of a world class training institute to address man power need and boost capacity of Akwa Ibom indigenes in the power sector.

Dr. Wigwe said, “General Electric has watched with keen interest the pace of development in the state as regards infrastructure under the watch of a seasoned entrepreneur governor Udom Emmanuel, and the company has decided to partner with the state in the provision of electricity, health care services and in other development programmes of the administration”.

She explained that, “The company had been involved with the installation of turbines at Ibom Power Plant and has undertaken the rehabilitation of power infrastructure to facilitate speedy transmission and distribution of electricity in the state”.

The Chairman of Ibom Power Company, Engr. Etido Inyang, who facilitated the meeting described the interaction as fruitful, explained that Akwa Ibom Governor has given approval for the state government to collaborate with the firm to boost power generation at Ibom Power Company.

“The collaboration would make the state a Power hub and the first phase of electricity generation would be at 240 Mega Watts while the second 240 would provide a total output of 480 Mega Watt for sufficient power generation”.

Engr. Inyang indicated that the Governor has directed the company to work out a functional modality to actualise the vision and expressed delight at the company’s decision to establish a training Centre in the state.

The Chief Operating Officer of the company, Mr Ahmed Zakari, who congratulated Governor Emmanuel and his Executives on the development strides witnessed in the state, hinted that, “The state’s vision on infrastructure and industralisation informed their decision to partner in the development agenda of the state’s administration”.

“The partnership would boost the power sector to enable small and medium scale business operators carry out their businesses and provide employment to the youths of the state”.