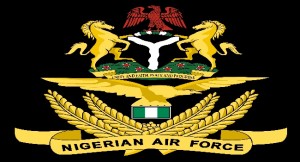 The operation is to check the activities of wanted militia leader, Terwase Akwaza and possible existence of ISIS/Boko Haram group in Benue state, as recently announced by the Department of State Services.

The Air Officer Commanding of the Tactical Air Command, Air Vice Marshal, Nurudeen Balogun, said there are no official intelligence on the existence of ISIS/Boko Haram in Benue state, Operation Smoke Out, is targeted at all known criminal elements involved in the Zaki Biam killings and the ISIS group if it exists.


The Air Officer listed Agatu, Katsina Ala and Zaki- Biam in Benue state as well as Wukari in Taraba state as the flash points for the operation, the operations will include other security agencies, while the Benue state government tasked indigenes on intelligence sharing.

The Air Officer briefs journalist on the component of the operation said,

“We are working with other security agencies to make sure we put a stop to this menace and so some air assets including, aisle assets and gunships and some fighter airplanes will be operating in the next seven days, conducting intensive operations, both day and night to make sure that we solve the problems”.

Governor Samuel Ortom who was represented by his Special Adviser on Sports and Youth Development, Professor Jonathan Uever, expressed confidence in the military to end the Benue violence.

“The Benue state government has a lot of confidence in the operations of the military and with the briefs we have received from the Air Officer Commanding, we know that it is going to be well and the people will sleep with their eyes closed, especially in the areas they showed us that they will carry out the operations”.

The Air Officer Commanding said, although there are no official report of ISIS/Boko Haram cell in Benue, the operation is designed to root out all criminal elements.

The acting commanding officer of the 101 Air Defense Group, Mohammed Baba-Ari, in a briefing with pilots and mission commanders, listed key troubled areas like Agatu, Katsina Ala, Zaki Biam and Wukari forest in Taraba state.

“The major restive areas include Agatu, Zaki Biam, Katsina Ala and Logo local government areas among others. Also a forest stretching between Benue and Taraba states is the suspected enclave for the vandals perpetrating these acts”.

The Operation Smoke Out follows last weeks approval by the Chief of Air Staff, to commence counter terrorism operations with air power in a joint security operation with ground troops of other sister agencies.