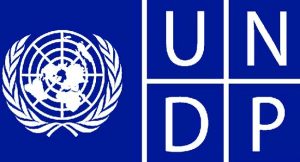 Nigeria’s human development ranking has remained static at 152 out of 188 countries, in spite of a 13 per cent increase in index recorded between 2005 and 2015.

This was according to the 2016 UNDP Human Development Report released on Tuesday in Abuja, the Federal Capital Territory.

As the Federal Government targets a growth rate of seven per cent by 2020, the United Nations believes that a focus on the distribution of wealth and growth will enhance human development in the country.

The UN Country Representative, Mr Edward Kallon, called on government to focus on implementing necessary policies to benefit the citizens, including reducing starvation among children, especially in the north-east.

The Minister of State for Budget, Mrs Zainab Ahmed, said the report indicated that Nigeria’s ranking was majorly borne out of too many unproductive people in the country.

Mrs Zainab, however, underscored that the Federal Government would implement its Social Intervention Programme, to put more resources in the hands of the deprived people and also reduce poverty.