Why I Didn’t Pursue A College Degree – YBNL Star, Davolee 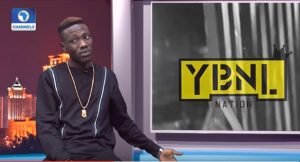 YBNL’s latest signee, David Shokoya, popularly known as Davolee, has narrated why he was not able to pursue a college degree and rather opted for music.

According to him, the economic hardship as well as the rate of unemployment in Nigeria, prevented him from furthering his education.

He revealed this in an exclusive interview with Channels Television’s Entertainment News, where he laid bare his struggles and travails and how he has gradually overcome, especially since his talent caught the attention of the YBNL boss, Olamide.

Born in the Isolo area of Lagos state, Shokoya revealed that the street life had a huge influence on his music.

The artist stated that he realised his talent at a young age and while there was no one to sponsor his university education, he thought it wise to go into full time music and face the hustle squarely.

Speaking further on how he got the attention of the YBNL music imprint, Shokoya explained that he promoted himself a lot via social media.

“I took my Instagram personal then I do freestyles and I tag celebrities as much as possible – So luckily for me, Baddo got into it and he messaged me on Instagram”; a situation which he described as unbelievable and very emotional for him.

In November 2016, the YBNL leader Olamide revealed Davolee had become a member of the team in a video posted online.

Although the hard knock life has made it behind him, the budding artist says the lessons it thought him are invaluable.