Police Clamp Down On Rustlers, Others In Nasarawa 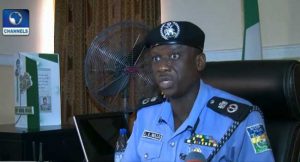 The Nasarawa State Police Command has signed a new partnership with some stakeholders in the state, aimed at ridding the state of criminals.

The Commissioner of Police, Abubakar Bello, who disclosed this to Channels Television said a special operation launched by the Command has led to the arrest of 40 suspects apprehended for terrorising Mararraban Udege and Agwada areas in the state.

He noted that the rate of crime especially kidnapping, armed robbery and cattle rustling has been on the rise in the areas, with hoodlums using the hills there as hideouts.

Mr Bello added that the trend propelled their decision to form a special crack team comprising of members of vigilante and Miyetti Allah groups, with the aim of clamping down on criminals.

“We have now started collaborating with the vigilante and members of the Miyetti Allah association, in order to get to the roots or places where these kidnappers hide on top mountains around Udege, Mararraban Udege, Udege Mbeki, Agwada and others. We got an information that this is where the criminals stay, they periodically come down to commit crime.

“This time around, with this collaborative efforts, it paid us very well because we launched a special operation with a special team which took about two weeks and during that two weeks, we were able to storm those mountain areas and chase some of them out and recover about 500 rustled cows, and also we made arrests of some of the hoodlums, about 40 of them,” he said.

In spite of the success recorded, the Police Commissioner assured the people of Nasarawa State that the operation would be a continuous exercise, until the rate of crime was reduced to the barest minimum.

“We are going to be on their trail to make sure that we get them and I believe with this exercise that we have started, we are going to have relative peace in those areas,” he avowed.

During the operation, the Police recovered 500 cows, 13 motorcycles and one AK-47 rifle with live ammunition among others.