How We Recovered $9m From Andrew Yakubu’s House – EFCC Witness 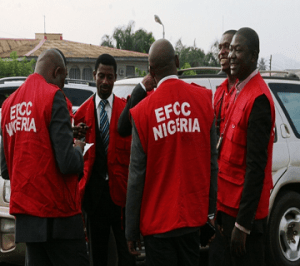 The Economic and Financial Crimes Commission on Tuesday opened its case in the of a former Group Managing Director of the Nigerian National Petroleum Corporaton, Mr Andrew Yakubu.

The EFCC opened its case by calling one of its investigative officers, Mr Tamiu Abubakar, as the first witness.

During his testimony, Mr Abubakar gave details of how the anti-graft agency recovered over $9m and £74,000 from Mr. Yakubu’s house in Kaduna.

According to the witness, sometime in February this year, the Kano zonal office of the EFCC received information that there was a house in Sabon Tsah, Kaduna State where a huge sum of money suspected to be proceeds of corruption was being kept.

Mr. Abubakar said when the house was raided, a safe was recovered from the premises in which the stated sum of money was found.

He told the court that after the money was counted, the legal unit of the EFCC applied and obtained an interim forfeiture order, which led it to keep the money in the custody of the Central Bank of Nigeria’s office in Kano State.

Following his testimony, Justice Ahmed Mohammed adjourned the case till May 24 for the cross examination of the witness.