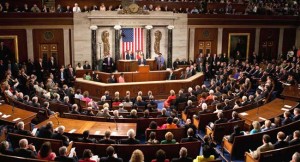 United States lawmakers want the House of Representatives to formally condemn Turkish security forces’ violent response to a street protest in Washington during a recent visit by President Tayyip Erdogan.

The House Foreign Affairs Committee held a hearing with alleged victims of the May 16 brawl between Erdogan’s security forces and protesters outside the Turkish embassy.

Witnesses said they were injured after Erdogan’s bodyguards lunged past Washington, DC police and kicked and beat them to the ground.

“This was deliberate because Erdogan believes that this helps him politically back in Turkey. We have to demonstrate to the world that aggression on American soil is not going to pay off.”

He said, “Our State Department and Secretary Tillerson have rightfully condemned this egregious action by Turkish security forces and have called the Turkish ambassador in to raise their concerns. These are good first steps, but by no means do they resolve this issue.

“There are a few steps that absolutely must be taken as a follow-up to this horrific incident. The United States government should request a waiver of immunity for anyone involved in the violent attack against peaceful protesters.

“The U.S. government must make clear that we expect full cooperation by the Turkish government into the investigation of this crime. The U.S. government has made clear to Turkey and any other government who wishes to have a presence in the United States that our laws including the freedom of speech and assembly are the binding laws of the land when they are on U.S. soil.”

At least 11 people were injured in the encounter, two so seriously they had to go to the hospital.

Turkey blamed the violence on demonstrators linked to the militant Kurdistan Workers Party while Washington’s police chief described the incident as a “brutal attack” on peaceful protesters.

The U.S. State Department said in a statement the conduct of Turkish security personnel during the incident was “deeply disturbing.”

Trump Fires US Prosecutor Who Investigated His Allies

Andreescu Joins Serena Williams In Committing To US Open