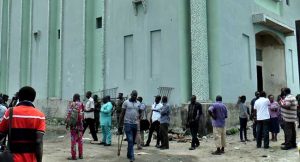 The Standards Organisation of Nigeria has arrested a suspected dealer of expired household items stocked in two buildings in Kirikiri, Lagos.

The arrest was carried out on Saturday through the collaborative effort of operatives of the agency and the Nigeria Police Force.

The arrest followed the discovery of a twin three-storey building by SON, belonging to Julf Ventures Nigeria Ltd in March 2017, stocked with imported expired items whose expiry dates were distorted.

Following a tip-off, the agency discovered another two separate buildings found with expired domestic consumables with altered dates in the suburbs of Kirikiri, said to be owned by the same company.

Briefing reporters after the arrest, the Director-General of SON, Osita Aboloma, who was represented by the Director of Inspectorate and Compliance, Bede Obayi, described the act as disheartening. 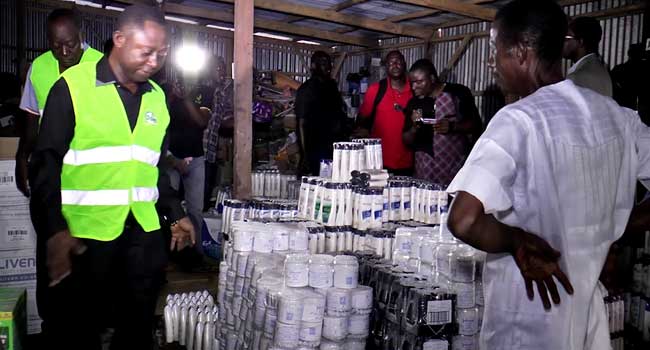 He noted that the agency would ensure they trace the substandard products that had already left the warehouse.

“We acted on the intelligence we received from well-meaning Nigerians. You can see the volume of expired products here and imagine their implications on our society in terms of health issues.

“When somebody buys expired cream, what does it show? You are applying cream that the active ingredient had gone and that may cause reactions on the skin.

“We promise Nigerians that we will carry out investigation and ensure that the products that have left the warehouse to different shops all over the country are properly traced and withdrawn from circulation.

“Due to the support of other regulatory agencies and the Nigeria Police Force, we were able to discover two other warehouses belonging to the same company based on a tip-off,” Aboloma said.

He commended the Lagos State government for its prompt response in sealing up the entire building to prevent further circulation of the products. 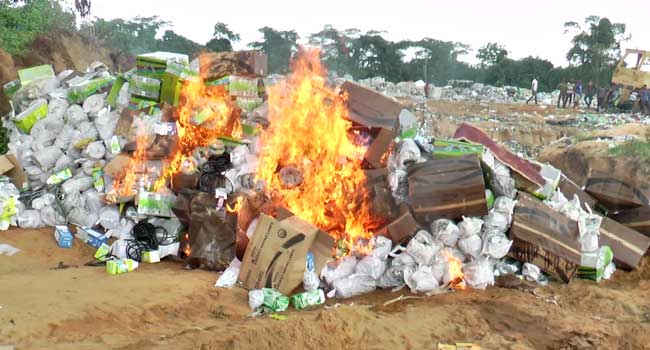 The Director of Investigation and Enforcement, National Agency for Food and Drug Administration and Control (NAFDAC), Mr Kingsley Ejiofor, condemned the act which he described as “illicit trade by unscrupulous Nigerian importers”.

The NAFDAC official, however, lauded the SON and Police for arresting the importer and solicited for more support to tackle the influx of fake and substandard goods into the country.

Over 42 Suspected Cultists Nabbed During Initiation In Calabar