There Is No Upsurge In Lagos Crime Rate – Police Commissioner 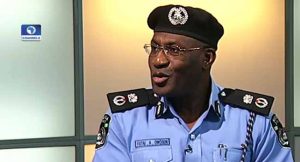 The Lagos State Commissioner of Police, Mr Fatai Owoseni says contrary to popular opinion, there isn’t an upsurge in the spate of crime in Lagos state, rather he believes there has been a reduction.

He made this known in an interview with Channels TV, while responding to a recent attack in Ikorodu which has been attributed to a gang ‘Badoo’, among others.

“If I must speak of the incident in Ikorodu, the command has been putting all its strategies together to address this and it would be recalled that at one occasion, we went to Ikorodu to have a dialogue with the traditional leaders that it was high time we stopped the conspiracy of silence.

“These murder cases that are tagged and linked to what is called ‘Badoo’, started around November 2016 and we went to Ibeshe and dialogued with the traditional rulers there on the need for everyone in that community to join in our patrol.

“We’ve studied the pattern, done the mapping looked at the modules and nothing can be called that which is happening in Ikorodu, other than ritual killings and when we noticed that, we got those people in Ibeshe and for a very long time it stopped in that place until last month when we recorded one.”

The Police boss, in an attempt to allay the fears of citizens stated that the force however, is well equipped to tackle the menace.

“We have put all our resources together with a view to headlong tackle these things and get these fellows out of the waterways.”