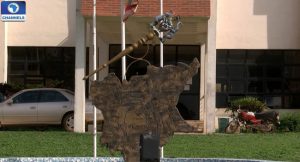 The passage of the budget followed a motion by the Chairman, House Committee on Finance and Appropriation, Kamil Oyedele, after the committee’s report on the consideration of the budget was considered and adopted.

According to a statement by the Chairman, House Committee on Information and Strategy, Olatunbosun Oyintiloye, the budget, as approved has a recurrent expenditure of N76,315,496,240 while capital expenditure is N70,317,250,740.

The Speaker of the House, Najeem Salaam, attributed the delay in the passage of the budget to the method adopted by the lawmakers, called ‘Executive Budget Session’ to further look deeper into the budget and make it more realistic.

He added that it was part of the strategy of the legislature to scrutinise the budget – agency by agency – to ensure that they generate enough revenue for the implementation of the budget.

Honourable Salaam said after the governor’s assent, the executive can start implementing the budget in line with its contents and expectations of the people of the state.

He noted that the lawmakers would monitor the implementation of the budget to the letter to ensure that the purpose of delaying it was well served.