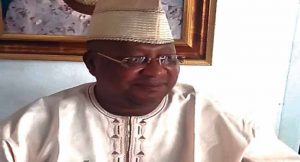 No fewer than 20 aspirants have expressed interest to occupy the vacant seat in the Red Chamber following the demise of the late senator representing Osun West Senatorial district, the Senator Isiaka Adeleke, on April 23, 2017.

The scramble for the vacant seat rather became more pronounced as the Independent National Electoral Commission (INEC) fixed the bye-election for Saturday, July 8, 2017.

The electoral body, made the announcement through its Administrative Secretary, Osun State, Barrister Ademusire E A.

“Consequent upon the provisions of the enabling statutes that bye-elections to fill the declared vacant seat by National Assembly be conducted within 30days upon the declaration, the bye-election for Osun West Senatorial seat will hold on Saturday 8th July 2017.”

Channels Television gathered the names of politicians battling for the seat from the ruling All Progressive Congress (APC), as well as those from the Peoples Democratic Party (PDP).

Among them are the ex-official of the ruling All Progressives Congress (APC) Hon. Akintola Omolaoye, the State Secretary of APC, Ayobami Salinsile, younger brother to the late Senator Isiaka Adeleke, Ademola Adeleke, Alhaji Tiamiyu Bello, Mr. Tijani Adekilekun and Alhaji Sule Alao for the APC.

Those who are contesting under the umbrella of Peoples’ Democratic Party (PDP), are former Speaker of the Osun State House of Assembly, Hon. Adejare Bello, Hon. Bamidele Sallam, Hon Ajibade Falade, Senator Olasunkanmi Akinlabi, retired Colonel Olayiwola Falabi, among others.

Meanwhile, there are diverse positions among the APC members in the 10 local governments that constitute the senatorial district.

While some are making case for Adeleke’s family, clamoring for retention of the ticket in Ede, the late senator’s hometown, to compensate the Adeleke’s family and his kinsmen, others are of the opinion that the contest for the seat within the party should be thrown open for everyone.

It is against this backdrop that the party leadership in the state set up a committee at the instance of the chairman of the party in the state, Prince Adegboyega Famodun, to come up with the option that will be in the best interest of the party and the people of the senatorial district.

Half of Chilean Senate, Four Ministers In COVID-19 Quarantine